Robert E. Wright is the Nef Family Chair of Political Economy at Augustana College in Sioux Falls, South Dakota and the author of fifteen books, including "Corporation Nation," forthcoming from the University of Pennsylvania Press. 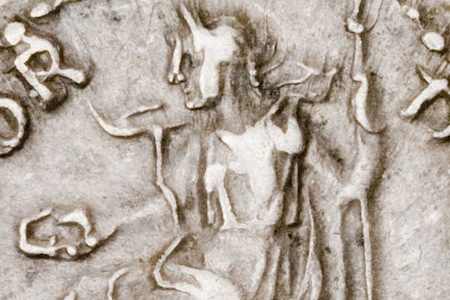 Today, legislators facing budget deficits must decide the degree to which to cut spending, increase taxes, or borrow. All three can have negative effects on the economy and legislators’ individual prospects for re-election. Gridlock has resulted on more than one occasion.

Until a few centuries ago, governments regularly resorted to additional fiscal techniques. One was to pillage other countries. That does not work well anymore because most wealth today takes the form of flighty human capital, not easily appropriated physical stuff. Moreover, wars have grown too expensive and too destructive to make them paying propositions.

Another ancient technique for smoothing government revenue was to sell government-owned assets, including the proverbial crown-jewels and monopoly privileges on salt or trading rights with distant continents. That hoary tool, however, does not sit well with many people today who for some reason immediately imagine the sale of national parks or aircraft carrier task forces. (One does wonder, though, how much a 99-year lease on the interstate highway system, with reasonable toll restrictions, would bring in a Vickrey auction.)

Two other ancient mechanisms of government finance, forced loans and repayable taxes, are perhaps more palatable. Policymakers sometimes used forced loans out of necessity, when nobody wanted to lend to the government, at least on the terms it was willing to give. Forced loans were also used, however, to align the interests of a broad swathe of the population with the interests of the government. Taxpayers often plot rebellion but government creditors seek stability so that default premiums stay low and bond prices stay up.

Repayable taxes created even stronger ties between citizens and governments, essentially making them business partners. Bondholders seek stability but so long as interest payments are punctually met they remain content. Holders of repayable taxes, by contrast, want their government to maximize its efficiency so that they receive the largest repayments possible.

Governments cannot default on repayable taxes because, like stock dividends, they are contingent on some measure of profitability. That means, however, that repayable taxes do not exert as much pressure for budget discipline on policymakers as government bonds do.

Repayable taxes date back at least to 187 B.C., when the Roman Republic repaid 22.5 million denarii (1 denarius = 3.9 grams of silver) of the taxes it used to fund a successful looting spree. Its successor, the Roman Empire, lived and eventually died by conquest. Centuries after the fall of Rome, the city states of the Apennine Peninsula, including Florence, Genoa, and Venice, returned to their roots and used forced loans and repayable taxes to fund their own wars of independence and empire.

Over time, the forced loans of the Italian city-states began to trade in secondary markets. They came to be preferred to repayable taxes due to their superior liquidity and their more predictable cash flows. (Principal payments remained uncertain but interest generally fell due annually.) Moreover, foreigners eventually could purchase forced loans without causing too much consternation, driving additional demand.

In the sixteenth and seventeenth centuries, the Dutch extended the Italian city state loan model by favoring voluntary loans over compulsory ones and by promising repayment of principal in all events, a promise that to be credible required a dedicated, non-refundable tax base. The Netherlands fared well under the system and emerged from its long war of independence from the Hapsburgs as the first global super power.

When the time came to establish their own modern nation-states in the eighteenth and nineteenth centuries, the British and American governments emulated the Dutch model. Unsurprisingly, sovereign bonds soon came to reign supreme while repayable taxes faded first from use and then from collective memory. The rest, as the saying goes, is history.

But another saying asserts that history repeats itself, or, in Mark Twain’s famous iteration, that it at least rhymes. Could repayable taxes reappear in the modern world? Could they be used to eliminate the deficit and spark, not victory in war as in days of yore, but economic growth? Would Republicans consent to higher taxes on the wealthy if the extra taxes were repayable in the event of robust economic growth (and hence increased government receipts) in the future?

The answer may lay in the fate of John Maynard Keynes’s 1939 proposal, made in his book How to Pay for the War: A Radical Plan for the Chancellor of the Exchequer, to fund World War II with repayable taxes that took the form of compulsory savings. Under his plan, workers would have had money withheld from their pay and returned to them at some point in the future with some positive rate of interest that depended on how costly the war became. Many economists liked the idea but politicians ensured that the scheme played only a small role in the public finances of Britain, Canada, and South Africa.

In the United States, President Franklin Roosevelt decided it was better to cajole workers into buying low yielding savings bonds. He was right in the sense that hatred of Hitler and Tojo proved sufficient to successfully prosecute the war. Today, by contrast, national sentiment on important policy issues is much more divided.