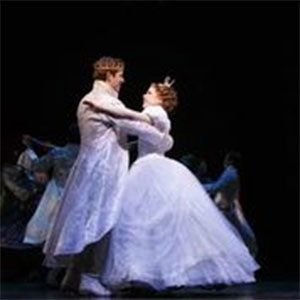 The fairy tale Cinderella, one of the world’s most beloved, has been told for more than 1,000 years and first published in 1697. Its moral, though, is still the same. Good people will win out, with a little help from a Fairy Godmother, carriages that turn into pumpkins at midnight and a magical pair of snazzy glass slippers.

The classic story has unbelievable new life this spring throughout America. The Broadway musical, starring a sensational Carly Rae Jepsen as Cinderella and a sassy Fran Drescher (the syndicated ‘Nanny’ television show star) as the wicked stepmom, has been running for over a year and packing in audiences at the Broadway Theater in New York. This spring the Metropolitan Opera will stage the operatic version of Cinderella, Cendrillon, the American Ballet Theater will stage Prokofiev’s Cinderella. The New York Philharmonic Orchestra will stage a Cinderella concert. Even the Pennsylvania Shakespeare Company will have a version of the girl in the glass slippers. Dozens of children’s theater companies across the country offer productions of Cinderella throughout the year

The Broadway show is an adaptation of the 1958 Richard Rodgers and Oscar Hammerstein television live Cinderella, with a new book by Douglas Carter Beane and the addition of several new songs. It is terrific and so fresh in its staging you would think it was written last week.

The Broadway story is pretty much the same as the original fairy tale and set somewhere long ago (of which there were hundreds of slightly different versions). An evil, materialistic, image conscious mother does all she can to advance the fortunes of her two rotten biological daughters at the expense of her stepdaughter, poor, gentle Cinderella, who cooks and cleans and cares for cute little animals while the rest of the family parties and dances its way around the kingdom. Cinderella’s life of drudgery ends when, by accident, she meets the kingdom’s handsome and very single Prince, just back from slaying a few dastardly dragons. A fairy godmother dresses Cinderella up and gives her a carriage and footmen. The now glamorous Cinderella steals the heart of the Prince at the ball, but never reveals her name. She flees at midnight and gets home while her carriage is turning into a pumpkin, leaving one of her glass slippers behind. The Prince goes on an expedition to find her and …

You know the story.

Cinderella is a great example of a fairy tale from history that is just as fresh and relevant to life today as it was hundreds of years ago, as are so many fairy tales.

In his new book, Beane has lots of lines and scenes in which he tries to advance the prospects of the poor and downtrodden who live in the forests of the kingdom (and any kingdom) and expose the wicked and corrupt Prime Minister, who has been manipulating the unknowing Prince for years. The poor finally get the Prince’s ear and we discover that not only is the Prince truly concerned about his people, but that he is a down to earth, regular guy. Then the orchestra plays the grand finale.

Three is nothing to dislike about the story, especially in this latest version, adroitly directed by Mark Brokaw. The Broadway show is wonderful. Bring the little girls in the family and tell them to put on their slippers.

In ancient times, Cinderella was just as successful in China as it was in Greece. There have been hundreds of plays about the girl, operas, ballets and count ‘em, 35 movies (the 1950 Disney animated film being the most memorable).

You have to cheer on Cinderella because, really, she is all of us. She is the smart, noble underling who never gets anywhere and then suddenly, when somebody notices her, she changes the world. She fights injustice, champions the oppressed and, if she doesn’t become Queen, will make a great slipper saleswoman. Her story of poor little good girl meets Prince, falls in love and lives happily ever after is a solid. But why, again, right now?

The Cinderella story come along when the country is on rocky financial terrain, when, politically, both sides, left and right, constantly battle each other with the people the losers, when the country has foreign policy woes, when large countries such as Russia are trying to take over smaller countries like the Ukraine, when airplanes disappear over the ocean, when a generation no longer speaks, but only texts each other, when China threatens the U.S. position as the world’s number one financial country. The story is back again at a time when women like gentle Cinderella have disappeared on television and been replaced with the howling, feuding women of the Real Housewives shows and when little girls like Cinderella can’t get ahead in school and are trying to fight their way through a forest of problems with reduced family incomes, split families and a dangerous world.

Cinderella is the perfect little girl with the heart of gold and she succeeds. Her story is wonderful escapism – in any century.

Cinderella is the perfect lesson of history – if we look back into the past, to true stories or fairy tales, we will find ourselves.