Jennifer Scanlon is the William R. Kenan, Jr. Professor of Gender, Sexuality, and Women’s Studies at Bowdoin College. She is the author, most recently, of Until There Is Justice: The Life of Anna Arnold Hedgeman. 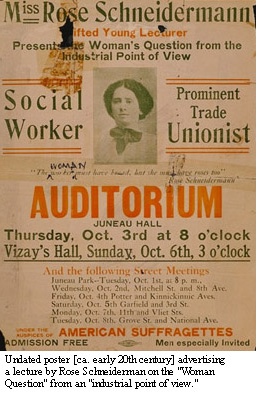 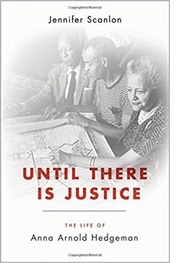 The rapid downfall of Attorney General Eric Schneiderman opens up spaces for stories not only about men who abuse but also about women, from the women whose victimization at the hands of intimate partners confounds and enrages, to the women whose leadership in naming and addressing that violence affirms and inspires. Often these are the same women at different stages of their journey. Both sets of stories tell us what we already know: women, whose capacity can barely be contained, are contained, most tragically perhaps by people who allegedly care about them and even, in the case of Eric Schneiderman, fight for them.

We needed the recent photo essay in Cosmopolitan magazine to provide us a visual representation of women’s marginalization and their power in contemporary politics. The stunning photograph of the eleven women who lead New York’s attorney general’s office in the aftermath of Schneiderman’s resignation provides an unassailable truth: women are already there. Women make politics happen, women make politics real, women make life better for their constituents, women have something to teach us about fighting for what’s right. Nevertheless, women remain in the margins.

For historians of women, like myself, the tragedy is not just the silencing of these realities in the present but also the continuous negation of them as we remember our past. It’s a good moment, then, to revisit and commemorate the other Schneiderman, Rose, one of Eric Schneiderman’s most memorable political if not actual forbears. Rose Schneiderman, one of the twentieth-century’s most formidable and tenacious advocates for women and for justice. Rose Schneiderman, whose simple statement more than a hundred years ago captured the realities and the dreams of legions and generations of women workers: “The woman worker wants bread,” she stated plainly in 1911, “but she wants roses too.”

The bread, as Schneiderman biographer Annelise Orleck explains, included shorter hours, higher wages, and safer working conditions in factories and in other places of employment. It included medical care and child care and healthy food and affordable housing. But women then, like women now, wanted more than survival. They wanted roses, too: meaningful employment, access to education, playgrounds for their children, leisure time and the opportunity to enjoy it. Bread and roses. Bread and roses.

Only a year after young Rose Schneiderman immigrated to the United States from Poland, her father died, leaving her mother to raise the three children she already had as well as the one on the way. Despite Deborah Schneiderman’s efforts, her seamstress work, supplemented by taking in boarders and working as a handywoman in the ghetto of the Lower East Side, was not enough; they were often hungry, and she was reduced to placing her children in orphanages for periods of time.

At age thirteen Rose, in spite of her mother’s ambitions, or her own, was forced to quit school and start a lifetime of work. That she went from garment worker to leader of the Women’s Trade Union League, from labor organizer to serving as New York State’s Secretary of Labor, attests to her intelligence, passion, and determination. It also provides an illustration of the ways in which networks of women, then as now, matter.

Her allies came over time to include not only her sisters in factory work but also Frances Perkins, the first woman to serve nationally as Secretary of Labor, and Eleanor Roosevelt, the First Lady who learned much of what she knew about working people and working women from Rose Schneiderman. A photograph of Schneiderman and her cohort would look something like the now-famous photograph of the founders of the #MeToo movement or the women who move into place in the New York State attorney general’s office as Eric Schneiderman moves out, diverse in any number of registers but also united, to one degree or another, by the continued realities of gender discrimination and violence. 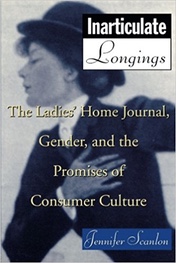 Schneiderman’s battles for “bread” resulted in significant changes in the nation’s industrial workforce. During the Great Depression, she authored the New Deal codes that covered the industries dominated by women workers, leading to greater fairness in the workplace. As New York State’s Secretary of Labor, she helped unionize women in a variety of industries, from nursing to domestic work, proving herself an ally of immigrants as well as of the many black and Latina women who worked in service jobs in restaurants, beauty parlors, laundries, and hotels. On other fronts she was less successful, failing to prevent southern employers from paying black women lower wages than they paid white women, or to secure further national protections for domestic workers.

Schneiderman’s battles for “roses” illustrate the complicated nature of intimate relations between women and men, then as now. Without a century’s worth of language to describe what we now call sexism, or misogyny, Schneiderman believed in and advocated for dignity for all women. For her, “roses” included equity in the home as well as the workplace.

At times she spoke back to men who didn’t regard women as full human beings, as when a politician in her hearing declared that the franchise, not yet secured at that point, would de-feminize women. “I asked him if he thought they would lose more of their beauty and charm by putting a ballot in the ballot box than standing around all day in foundries or laundries,” she quipped.

Schneiderman was a fierce orator, beloved by many but harassed by some, including the men who heckled, “Go home and wash your dishes,” or “Who’s taking care of your children?” One memorable day, she sat in Eleanor Roosevelt’s home, following hours of productive discussion and debate about the intolerable conditions of women workers, only to hear the Roosevelts’ sons laughingly deride their mother’s pretensions to understand the world of politics. Men could be allies, but there were often limits to the alliance.