Foreign interference in US elections dates back decades 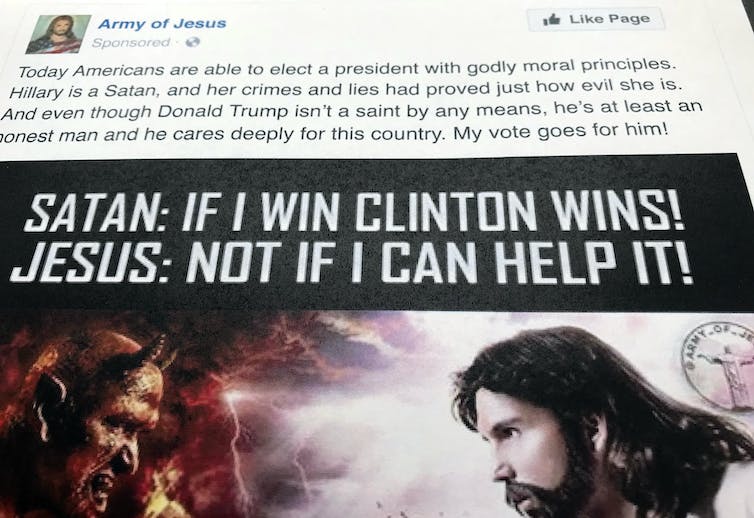 A Facebook ad referenced in the indictment charging Russians in a plot to interfere in the 2016 U.S. presidential election. AP/Jon Elswick

Americans have spent the last 18 months wondering about Russian influence in the 2016 presidential election.

Charges have already been filed against 12 Russian intelligence officers for interfering with the 2016 presidential campaign, as special counsel Robert Mueller continues investigating the extent of the Trump campaign’s links to Russia.

A Senate report concluded that the Russians’ interference was aimed at influencing the outcome of the election.

If true, the president would not be the first U.S. politician that foreign powers tried to help. 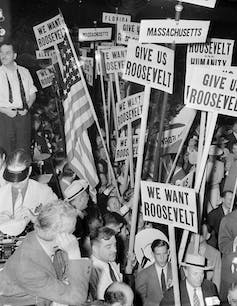 The Nazis tried to prevent the renomination of Democratic President Franklin Roosevelt in 1940. AP Photo/RMB

In fact, two campaigns, in 1940 and 1960, featured bold attempts by hostile foreign powers to put their preferred candidates in the Oval Office.

While neither was successful, both highlight a vulnerability in the American political system that, for the first time, has become the subject of major public discussion.

As I point out in my book “Hitler’s American Friends: The Third Reich’s Supporters in the United States,” American politics was deeply divided in 1940. The key debate was over war and peace, in this case the Second World War raging in Europe.

American public opinion was split between those who wanted to help the flagging Allies – and potentially enter the war – and a bipartisan coalition of non-interventionists and isolationists. The Roosevelt administration was seen as interventionist; its opponents had their power base on Capitol Hill.

The 1940 election took place against this backdrop. For months, President Franklin Roosevelt refused to answer questions about whether he would run for a third term in office.

No one knew who might seize the Democratic nomination if FDR choose not to run. There was also no clear candidate who could command national support on the GOP side.

The Nazis concluded that if Roosevelt could be replaced by a non-interventionist, the prospects of U.S. involvement in the European war would be greatly reduced.

So Berlin enlisted the support of a sympathetic, well-connected American. William Rhodes Davis was an oilman with a sketchy business past who, in the late 1930s, made a fortune by selling cut-rate Mexican oil to Hitler’s government. Simultaneously, Davis cultivated connections inside the Democratic Party, making a sizable donation to its 1936 election efforts. 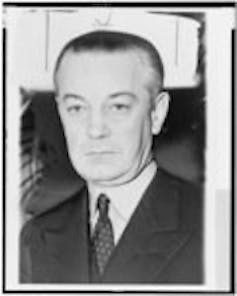 When war broke out in Europe in 1939, Davis’ fortunes changed as the British imposed a blockade on German ports. He believed the only way to save his business was by personally making peace in Europe by negotiating a deal between the warring parties himself. Calling on his Democratic Party connections, Davis approached the White House with his plan for peace. FDR was sensibly skeptical.

Undeterred, Davis traveled to Germany, met with leaders of the Third Reich including Hermann Göring, and returned with the vague outlines of a deal that would have given Germany territorial gains in exchange for Roosevelt mediating a peace treaty.

Roosevelt refused to even meet with Davis upon his return, worried that he might be compromised and acting as a Nazi agent.

In fact, there was a secret aspect to Davis’ mission to Germany.

While there, he talked to Göring about the possibility of a non-interventionist winning the 1940 election. Davis even had the perfect candidate in mind: labor leader John L. Lewis, the controversial head of the Congress of Industrial Organizations, or CIO, who was a non-interventionist and a staunch opponent of the president.

Göring evidently allocated US$5 million to support the plan and stashed it at the German embassy in Washington D.C. for Davis’ use. 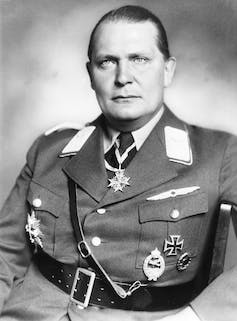 Despite the oilman’s confidence, his plan would come to nothing. The Democrats renominated Roosevelt by an overwhelming majority. Lewis never had a chance at the nomination.

The Republicans then shocked the world by nominating an interventionist and former Democrat, Wendell Willkie, at a fractious convention.

With no isolationist in the race, Davis was simply unable to use the Nazi money to any great effect. He used some to pay for a national radio address by Lewis denouncing Roosevelt. In the end, the president was re-elected.

The U.S. government discovered the extent of Davis’s plot after the war, when a Department of Justice official authored an explosive report about Nazi sympathizers in the United States. The report was buried by President Harry Truman and the plot would not be fully revealed until 1961.

1960: Soviets get nowhere with Adlai

Twenty years later, the world was a different place. The Nazis had been defeated, but the Soviet Union had emerged as a new global rival to democracy. With the Cold War about to escalate, the Soviets made their own attempt to influence U.S. presidential politics.

This time, the Republican side of the race was already decided. Two-term Vice President Richard Nixon, a vocal anti-communist, was essentially unopposed.

The Democratic nomination was a different story. Massachusetts Sen. John F. Kennedy was the liberal favorite, but the entrance of Texas Sen. Lyndon B. Johnson – the powerful Senate majority leader – split party loyalists. 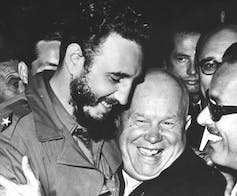 The Soviets, however, attempted to intervene on behalf of another prominent Democrat: Adlai Stevenson, the former governor of Illinois and two-time defeated presidential nominee in 1952 and 1956.

Stevenson had lost both races by crushing margins to war hero Dwight D. Eisenhower, and in the latter race he scandalized public opinion by calling for a halt to hydrogen bomb testing. Though a treaty banning all but underground nuclear tests would be signed in 1963, Stevenson’s position was seen as being soft on defense – and communism.

In early 1960, the Soviets decided Stevenson was their chosen candidate for the upcoming election, although he had given no indication he was intending to run. In January, the Soviet ambassador, Mikhail A. Menshikov, invited Stevenson to a meeting at the Soviet embassy.

After champagne and caviar, Menshikov presented Stevenson with a stunning message from Soviet Premier Nikita Khrushchev.

Khrushchev, Menshikov reported, was impressed with Stevenson during their past interactions, particularly during the Soviet leader’s famous visit to the United States in 1959. Even before that, during a 1958 conversation, Khrushchev had told Stevenson that he “voted” for him “in his heart.” Now, Khrushchev hoped to back his feelings with concrete action.

Menshikov suggested that the Soviets might help Stevenson’s campaign using the media. 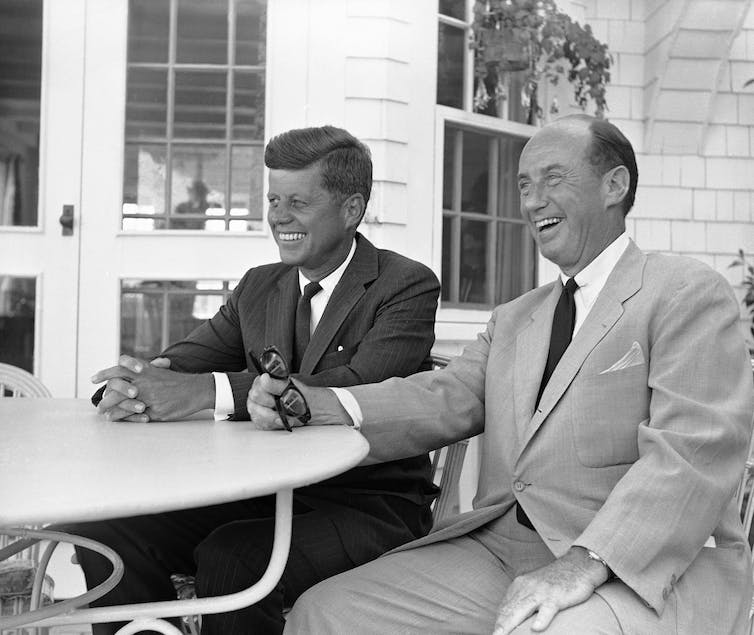 Stevenson rejected the offer out of hand.

He told the ambassador the offer was “highly improper, indiscreet and dangerous to all concerned.” He recorded an account of the conversation days later and never spoke of it publicly.

The strange episode only came to light in 1977 when Stevenson’s biographer discovered his memorandum detailing the conversation.

Neither the Nazis nor the Soviets were able to sway American politics, and their preferred candidates never came close to the Oval Office.

Whatever revelations may yet emerge concerning the current president’s involvement with Russia, it is critical to remember that foreign election manipulation is nothing new and is unlikely to cease.

Combating such interference is crucial to the American electorate’s confidence in its own leaders, as Stevenson well knew.