How the Shortest Presidency Spurred a Brief Constitutional Crisis

Suzy Evans is lawyer, historian, and literary agent. She can be reached at suzy@dijkstraagency.com and on Instagram @suzyevans.jd.phd. 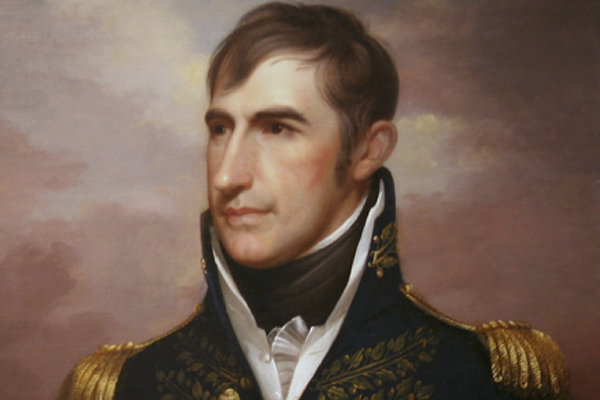 William Henry Harrison took the Oath of Office on a cold and stormy day. Standing in the freezing weather without a coat or hat, the 68-year-old military hero delivered the longest inaugural address in American history. At more than 8,000 words, it took nearly two hours to read (even after Daniel Webster had edited it for length!).

A few days later, Harrison caught a bad cold which quickly turned into pneumonia. Doctors tried to cure the president with opium, castor oil, and other remedies, but the treatments only made Harrison worse, and he died on April 4, 1841. The first American president to die in office, Harrison served only 31 days.

Only lasting a month, Harrison’s presidency was too short to leave a stamp on the office, but one thing is certain: his death caused a brief constitutional crisis involving presidential succession.

The question was whether Vice-President John Tyler would be “acting” as President or actually become President upon Harrison's death.

Article II of the Constitution could be read either way. The relevant text states:

"In Case of the Removal of the President from Office, or of his Death, Resignation, or Inability to discharge the Powers and Duties of the said Office, the Same shall devolve on the Vice President..."

Did "the Same" mean the Office of the Presidency itself or merely the powers and duties of the office?

After consulting with Chief Justice Roger Taney (who responded with extreme caution, saying he wished to avoid raising "the suspicion of desiring to intrude into the affairs which belong to another branch of government"), Harrison’s advisors decided that if Tyler simply took the Oath of Office, he would become president. Despite his own strong reservations, Tyler obliged and was sworn in as the 10th president of the United States on April 6, 1841.

When Congress convened in May, it passed a resolution confirming Tyler as president. Once established, this precedent of presidential succession remained in effect until 1967 when Congress passed the Twenty-Fifth Amendment, which provides that in case of the removal of the President from office or of his death or resignation, the Vice President shall become President.

Harrison’s death, by the way, resulted in three presidents serving in one year (Martin Van Buren, Harrison, and Tyler). This has happened on only one other occasion in American history. In 1881, Rutherford B. Hayes was succeeded by James Garfield, who died from an assassin's bullet later that year and Chester Arthur became president.