Benjamin R. Young, PhD is currently a postdoctoral fellow at the U.S Naval War College and will be an Assistant Professor in Intelligence and International Relations at Dakota State University, starting in Fall 2019. He received his Ph.D. in Asian history from George Washington University in May 2018. His upcoming book, tentatively titled, “Guns, Guerillas, and the Great Leader: North Korea and the Third World, 1956-2018,” examines North Korea's complex relationships with African, Asian, and Latin American nations. 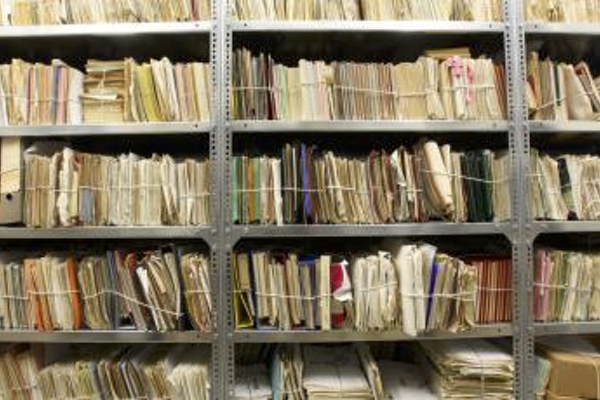 “Have you looked at the Djiboutian archives?” This is a jest I commonly ask my counterparts in the field of Cold War history as it pokes fun at the almost crazed search amongst some Cold War historians for new archival documents in the former Soviet bloc and the Global South. However, at the heart of the joke, a more serious problem stands out. The “New” Cold War history is now almost exclusively an elitist space as it overemphasizes the discovery of new archival documents in multinational and multilingual contexts.

The field of Cold War history has over-prioritized finding materials in previously unexplored archives. In other words, the supposedly “best” scholarship is now reserved to those elite few with ample research funds and the time to go on lengthy archival jaunts around Eastern Europe and the Global South.

This turn to multinational research in Cold War history began with the collapse of the Eastern Bloc in the early 1990s. With the opening of communist archives, many historians flocked to Eastern Europe and Asia to look at previously unexplored sources. This was the “new” Cold War history as researchers perused KGB archives and documents from the Chinese Foreign Ministry. However, with the ascent of autocrats in the non-Western world, most notably Vladimir Putin and Xi Jinping, many of these previously accessible archives closed their doors to foreigners. This then ushered in the current phrase of what I call archival fetishism, in which Cold War historians assume the posture of elite antique collectors going archive to archive across various national borders looking for their scholarly treasures.

Currently, conducting Cold War research is extremely expensive and environmentally detrimental. From buying visas and plane tickets to booking Air BnBs in several different countries, a Cold War-related research trip can easily cost several thousand dollars. In addition, with the world currently in an ecological crisis, more overseas airplane rides is damaging no matter how small one’s personal environmental footprint may seem. Once at the research location, the expenses continue as hotel costs add up and copying costs are often extortionate  (can you blame the financially strapped local archive though?).

The point of this critique is not to downplay the many successes of the new Cold War history as finding new primary sources is inherently constructive and an important means of producing new knowledge. It often provides different perspectives and valuable vantage points, especially for those in the formerly communist and colonized worlds. Additionally, the “new” Cold War history allows a space for scholars who are native to those non-Western countries to bring their unique expertise into an exceedingly Western-dominated field.

However, Cold War history has gone too far in its archival fetishism. The quality of scholarship is now mostly measured by how many different national archives one has perused and the expansiveness of one’s source base rather than the actual arguments or analysis. The diversity of multinational sources now seem to count more than the author’s analysis when it comes to determining a manuscript’s contribution to the field.

The most egregious example of archival fetishism is Columbia Professor Charles Armstrong’s 2013 book, Tyranny of the Weak: North Korea and the World, 1950-1992. Based on multinational research materials from the former Eastern bloc, such as Russia, China, and East Germany, Armstrong’s book was supposedly going to be a trailblazing piece of scholarship in the new Cold War history. However, Tyranny of the Weak was soon found to be full of text-citation errors, deeply flawed translations, and footnotes to archival documents that simply did not exist. After numerous scholars raised concerns about the Tyranny of the Weak, Armstrong returned his 2014 prestigious John K. Fairbank Prize to the American Historical Association in 2017. Armstrong attributed his book’s many errors to his poor Russian language skills and disorganization of research notes. However, many, if not all, of these errors could have been avoided if Armstrong had not overreached in his search for new archival sources in the former Eastern bloc. As a result, Armstrong’s archival fetishism resulted in a deeply problematic book that has cast a cloud over the entire Korean studies program at Columbia University.

In addition, the image of predominantly wealthy white men going to archives in relatively impoverished places and scouring their archives in order to bolster their own scholarship is reminiscent of colonial-era archaeology and anthropology. This archival exploitation hardly benefits the local populations but can improve the research profile of one’s tenure dossier. As a whole, Cold War history does more to help those in places such as Cambridge and New Haven than those in Dar es Salaam and Tirana.

This type of archival fetishism also limits who can enter the field. As a former PhD student who studied at an institution in one of the most expensive American cities, I can attest that graduate students are usually short on money and grants often do not cover the entire costs of research trips abroad. The “best” scholarship in Cold War history amongst junior scholars is often the ones coming from Ivy League universities and similarly elite institutions with huge endowments. The time and opportunity to learn multiple languages and go on lengthy international research jaunts is an elite privilege that is not talked about openly in the field but has a direct influence on the trajectories of many careers.

The academic discipline of history is collapsing. This is no provocative statement. With the rapidly declining enrollments of history majors in the United States and the notion of studying history as an inherently elitist endeavor, the discipline finds itself in peril. Cold War historians are only reinforcing these elitist hierarchies if they continue to almost singularly hold up multinational research in previously unexplored archives as the gold standard of quality scholarship.

However, there are collective ways to even the playing field. The Woodrow Wilson Center’s Cold War International History Project is one such resource as it collects, translates, and digitally houses thousands of archival documents from around the world. Digital archives are inherently egalitarian and can be used by anyone in the world. The Wilson Center has been at the forefront of Cold War history digital archiving since the collapse of the Soviet bloc in the early 1990s. Researchers can also share their findings with colleagues on listservs, such as H-Diplo.

However, historians need to continue to share their materials with digital archives, such as the Wilson Center, and not merely hoard their resources. I have heard of historical hoarders and that mostly benefits that respective historian and their local moth population. If Cold War history is to become a more open and egalitarian space, sharing materials is necessary or we will be no better than colonial-era anthropologists who exploited “the natives” for their own self-interests.