Calvin Schermerhorn is Professor of History at Arizona State University. 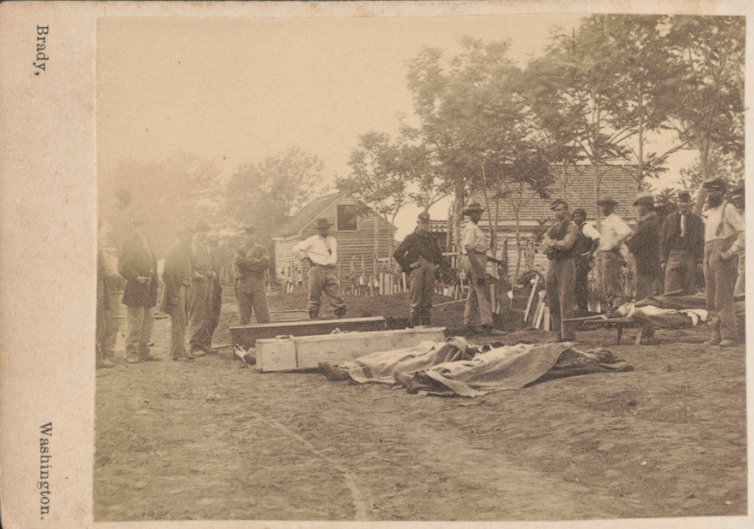 The outlook was not promising in 1864 for President Abraham Lincoln’s reelection.

Hundreds of thousands of Americans had been killed, wounded or displaced in a civil war with no end in sight. Lincoln was unpopular. Radical Republicans in his own party doubted his commitment to Black civil rights and condemned his friendliness to ex-rebels.

Momentum was building to replace him on the ballot with Treasury Secretary Salmon P. Chase. A pamphlet went viral arguing that “Lincoln cannot be re-elected to the Presidency,” warning that “The people have lost all confidence in his ability to suppress the rebellion and restore the Union.” An embarrassed Chase offered Lincoln his resignation, which the president declined.

The fact remained that no president had won a second term since Andrew Jackson, 32 years and nine presidents earlier. And no country had held elections in the midst of civil war. 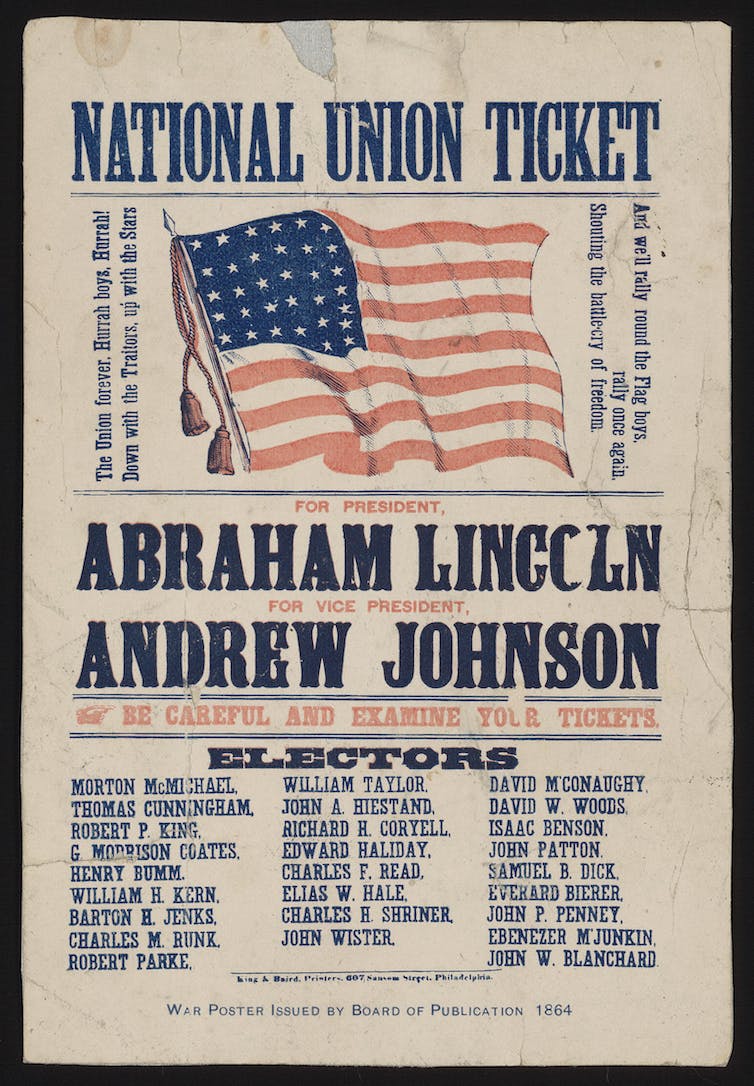 Some urged that the June Republican convention be postponed until September to give the Union one more shot at military victory. Other Republicans went further, arguing that the country should “postpone … a Presidential election for four years more … (until) the rebellion will not only be subdued, but the country will be tranquillized and restored to its normal condition.”

Holding the election during civil war would render “the vote … fraudulent,” argued the New York Sunday Mercury, in a widely reprinted article. The nation would “flame up in revolution, and the streets of our cities would run with blood.”

But Lincoln’s party renominated him. He was a canny political strategist who calculated that nominating Democratic Unionist and military Governor of Tennessee Andrew Johnson for vice president would attract disaffected Democrats and speed national reunification.

Johnson proved to be a disastrous choice for Black civil rights, but in 1864 his candidacy shrewdly balanced the ticket.

Yet a military victory that could also help Lincoln’s standing and prospects was elusive. General Ulysses S. Grant led the Overland Campaign against Confederates, led by General Robert E. Lee, across much of eastern Virginia that spring. After 55,000 Union casualties – about 45% of Grant’s army – Grant laid siege to Petersburg.

By the time Democrats met in August to nominate General George B. McClellan, there was still no end in sight to the war. Lincoln had removed McLellan from command of the Union Army of the Potomac in 1862, but the general was still a commissioned officer. Yet McClellan’s party was in disarray. He opposed a peace settlement with the Confederacy while the Democratic Party platform committed him to it. 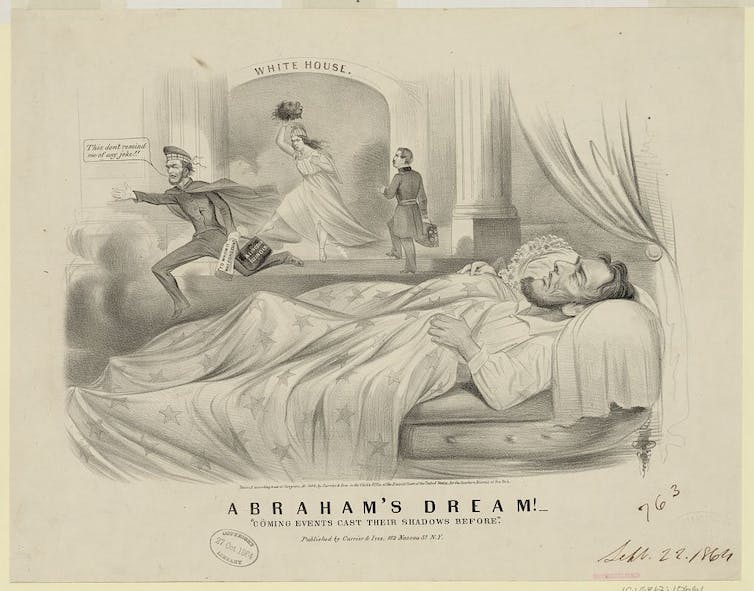 The artist portrays a president tormented by nightmares of defeat in the election of 1864. The print probably appeared late in the campaign. Currier & Ives/Library of Congress Prints and Photographs Division

Without scientific polling, Lincoln and his advisers predicted defeat.

At the end of August, Lincoln wrote to his Cabinet, “it seems exceedingly probable that this Administration will not be re-elected. Then it will be my duty to so co-operate with the President elect, as to save the Union between the election and the inauguration; as he will have secured his election on such ground that he can not possibly save it afterwards.”

Abraham Lincoln understood that the war for the Union was about the integrity of a constitutional republic, not the president or the party. It was about “a new birth of freedom” and not about him. And that meant his victory in the election was less important to him than the fate of the entire country.

Yet Lincoln also made contingency plans in the event he lost, asking Frederick Douglass to help free enslaved people in rebel-held areas.

It was a bitter campaign. Lincoln’s opponents tarred him with racist and bestial characterizations. Republicans fought back, charging Democrats with being treasonous.

But no slogan discrediting the opposition was as effective in building support for Lincoln as the September Union military victories at Mobile Bay and Atlanta.

[Deep knowledge, daily. Sign up for The Conversation’s newsletter.]

General Grant made sure soldiers voting absentee sent their mail-in ballots. He furloughed others to go home to vote in person.

Even on the eve of the election, there were still calls to delay or cancel the vote.

Lincoln, who would go on to win, assured those critics, “We cannot have free government without elections; and if the rebellion could force us to forego, or postpone a national election it might fairly claim to have already conquered and ruined us.”